Happy Friday everyone!  So many reasons to be happy and excited today!

It’s the end of the week.

It’s the first day of Spring (I am excited that it actually feels like Spring).

It’s Wes and my 9th anniversary!

It is amazing to me that Wes and I have been together for a total of twelve years and married for nine!  With all the comings and goings with the Marine Corps we have missed quite a few anniversaries, so much in fact I was actually a year behind last year.  I was telling one of my best friends that I couldn’t believe we were going to be celebrating our 7th anniversary.  She kindly reminded that it was actually our 8th anniversary.  I argued for a bit and, upon further inspection, I realized that of course she was right.  I then took half the day wrapping my head around the fact that I had missed an anniversary somewhere in there.  I was even more shocked that I hadn’t even noticed in the first place.  I laughed because such is life.  Also, I was rest assured in the fact that if I wasn’t counting down each second then it must mean our marriage was doing good!  haha.

In honor of our 9th anniversary I have put together a list of my happiest married moments so far, some recent and some not.  We are fortunate that there have been so many beautiful moments in our lives.

“Every love story is beautiful, but ours is my favorite”

Well, that’s it.  Now, on to the more awesome anniversary celebration of doing laundry and dishes!  He’s still at work and Aubrey is sick, so it looks like it’s a night in with some takeout and a movie.  I wonder what’s in store for our 10th anniversary, maybe doing dishes together?  haha.  Seriously though there is nowhere else I would rather be.

Have a great weekend! 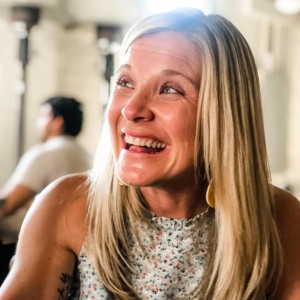